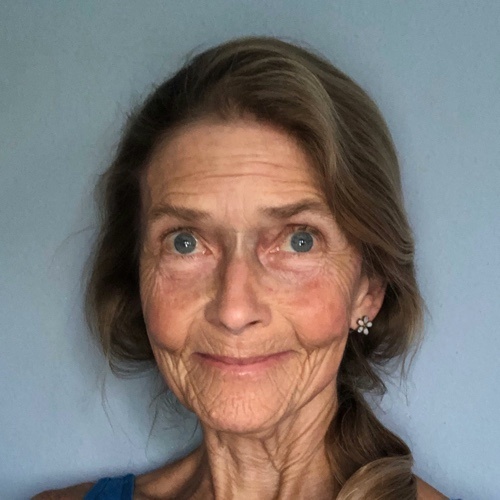 Harriet Witt’s class is called “The Intimate Sky: Finding Your Place in the Cosmos.” It’s about the cosmic order in our everyday lives. While this order is not always ego-friendly, it does always serve our evolution. Harriet has received two international science awards for her writing on indigenous cosmologies as leading-edge science. She taught celestial navigation to the crew of Hawaii’s Hokule’a Voyaging Canoe in preparation for the Rapanui voyage. As the astronomer to the Maui Film Festival’s outdoor Celestial Cinema, she is “the only film festival astronomer in the known universe.” Harriet has orbited the sun 77 times. She could say she’s 77 years old, but she doesn’t say it that way because she doesn’t see it that way. She sees it the way our Earth does. Our Earth knows that what humans call “a year” is actually one of her/our orbits around the sun. Since each of her/our annual orbits is a journey of 600 million miles, you can measure your age in miles. Doing this results in a cumbersome number, but it’s a nice reminder of the cosmic journey that your life is. Your journey began at your birth day - at the point in our orbit where you became a passenger on the only planet in the known universe that supports our kind of life. When you understand your birthday the way our planet understands your birthday, you see that astronomy is to astrology what anatomy is to massage.